Producer of The Month: Cedric Thompson 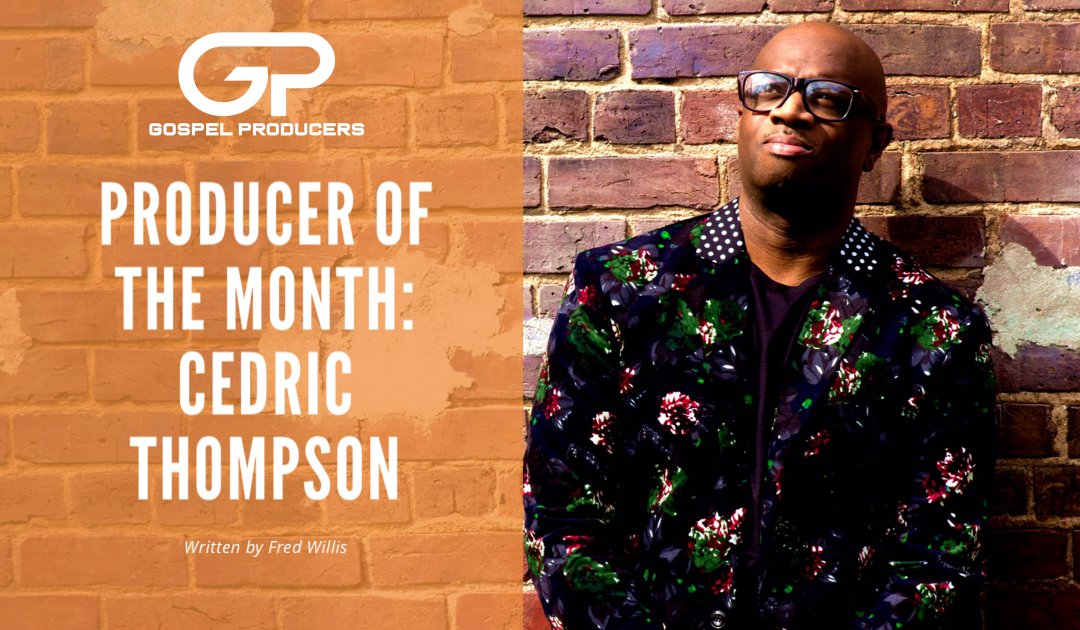 Cedric Thompson is a renowned producer, and his work has been featured on top-selling gospel music albums. His extensive body of work is drawn upon as an influence for rising producers and music directors in the global world of music. Thompson began playing at the age of three and credits his Grandmother, Quincy Jones, Thomas Whitfield, & Oscar Peterson as early influences. We sat down with Cedric and asked him 10 questions to learn more about one of our industry’s most influential musicians and producers.

GP: What album has most influenced your playing and approach to producing and album?

CT: The album that influenced my playing the most was Vanessa Bell Armstrong’s album “Chosen” which was produced by Thomas Whitfield. The album that I gravitated to
early and influenced me early from a production aspect was Michael Jackson’s “Off TheWall” and Roger Troutman’s productions.

GP: What is your favorite album (of all-time)?

CT: Michael Jackson’s “Off The Wall”

GP: Which album influenced you to start playing and producing music?

CT: I had already started playing at the age of three and my family on my father’s side was musically inclined. It was a local recording that had an influence on me into getting into production.

GP: Describe the most rewarding experience during production of an album
(pre-production, performance, and post-production, included.)

CT: I had the opportunity to produce “Bishop T.D. Jakes & The Potters House Choir project Live in Kenya”. We were in Kenya rehearsing and there were a host of musicians there that wanted to meet me, and they expressed to me how much they admired my work and that I was a hero to them. That was SUCH a humbling experience for me.

GP: Which album was so fun you’d love to do it all again?

GP: Describe recording with Earnest Pugh in the Bahamas, was that LIVE on the boat?

CT: It was great working with Earnest. Earnest has a great work ethic, easy to work with, understands the business and we already had a great relationship, so it was easy. Once we all got to the Bahamas, Earnest had a sinus infection and on the day of the recording had only maybe 20% of his voice left so we had to make it work heavily in post. It was during Radio One’s cruise but was recorded at the Atlantis.

GP: What is your favorite album that you’ve played on and why?

CT:(2 of them) Micah Stampley’s “Songbook Of Micah” because I took the approach of doing a live recording as a musical production instead of your the normal process of doing a recording at that time and it was a chance to introduce a new artist, & Karen Clark-Sheard’s “Finally Karen” because it was seamless we had so much chemistry with the production and the fact that it was a Clark Sister made it even more of a highlight.

GP: Name the firsts- album played on and first album you fully produced? How did you get those gigs?

CT: The first album I played on was a local recording with a local choir when I was at the age of 14 (I do not remember the name of the album). I would get the call on and off to play with the group and when they decided to do a recording, they asked me to play keys since I knew most of the material (and had a relationship with them).The first album I fully produced was with a group I started when I was 15, but the first national album I produced was with a group we had called, “The Promise”. Patrick Henderson (a producer from California) heard a recording that my wife LeJuene sang on and wanted to do a deal with her since he had a production deal with Word Records. We felt that she was not ready to go solo yet and we had just started the group “The Promise” so we tossed the idea of him signing the group. After listening to the group, he signed us and the self-titled album was released on Word Records who picked it up, exclusively.

CT: I have a host of hardware racks, but my Motif ES and Roland Fantom XR rack will someway still be a part of my productions.

CT: I use an older Roland A-80 as my MIDI controller because of the feel. I have a host of sound modules (or racks as we call them), but I don’t use but maybe 3 of them.
Workstations and Synthesizers: Yamaha- Motif ES, Classic, XS Rack, DX-7, TX7, TG55 Roland- Fantom XR, 1080, 2080, P330, MKS20, SVC-350 Vocoder KORG- Triton Rack EMU- Planet Phatt, Proteus Ensoniq- ASR-10, SQ-R.
Plugins: I have a host of plugins but my go-to plugs for instruments are Omnisphere, Trillian, Addictive Keys, Ivory, Roland Cloud Bundle, Arp 2600, Xpand 2, Heavyocity, and a host of plugs in Kontakt (too many to name).
Recording Interfaces: Apollo interface (The Quad and Twin), Focusrite 6i6 (for more I/O options on the road), Dangerous D- Box (for summing)
Mic Pres: Avalon 737 preamp, Universal Audio LA 610 & Solo 610, Focusrite OctoPre, Presonus Studio Channel for the Vocoder.
Software: Pro Tools HD on my Mac Pro desktop and Pro Tools Ultimate on my MacBook Pro, Monitoring: Yamaha HS7 monitors, JBL 4328P monitors, a host of mics and my Sennheiser 650 headphones to detail mixes.

GP: Have you ever stopped to consider the impact your playing and production has had on other musicians and producers?

CT: My goal was always to make good music and to be able to have an impact and to inspire others!

Like many other musicians, producers, and singers, the Coronavirus pandemic has sidelined much of Thompson’s work since the Spring. With many of the dates canceled, he has remained busy at home by creating new music and has begun work on many new projects. We hope you’ve enjoyed our ten questions with Cedric Thompson. Readers get double points if you read his gear list and added it to your Christmas wish list! Learn more about Cedric by visiting his website: www.cedricthompson.com

We aim to go beyond linear notes and deliver inside stories from your favorite producers. We welcome your feedback and look forward to sharing much more from some of the most influential producers in gospel music. Share the article with your friends and let us know your favorite part of the interview in the comments! 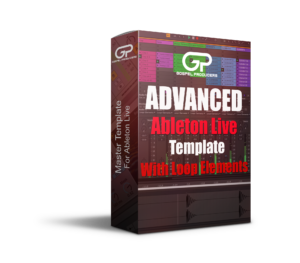 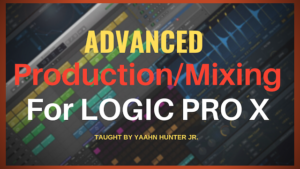